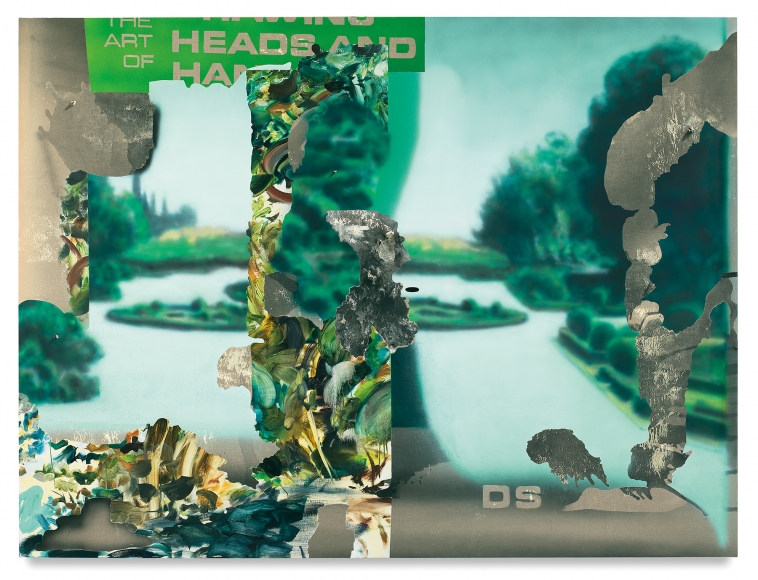 Ellsworth Kelly has recalled of his early development as an artist: “I didn’t want to paint people. I wanted to paint something I had never seen before. I didn’t want to make what I was looking at. I wanted the fragments.” In Ellsworth Kelly at Ninety—a title that refers to the birthday the artist celebrated a few weeks after the show’s opening—fourteen paintings and two sculptures in Kelly’s signature fragmentary style are on view. Impressively, all of the large works were made in the past two years, evidence that the artist’s age has not affected the prolific production of his work.

On view at Paula Cooper Gallery in New York is a large selection of pen and ink-blot drawings by the artist Bruce Conner (1933-2008). Spanning the period of 1962-2000, the drawings vary from postcard size to medium-scale works, and are all black-and-white. Also on view is a 2008 film by the artist titled EASTER MORNING, done in collaboration with the musician Terry Riley. - Nadiah Fellah, NYC Contributor

The artist Julie Mehretu has often commented that “trying to figure out who I am and my work is trying to understand systems.” In a new body of work on view at Marian Goodman Gallery in New York, it is equally her desire to understand systems and their disintegration that becomes the subject of her art.

On view at Greene Naftali are twenty new works by the New York artist Gedi Sibony. The show begins with a small room of found, framed works, each reversed in its frame and hung on the wall, so as to only display its posterior side to viewers. Poetic yet elusive titles like Into a Ring of Doubles and Doric Ions conjure the possible imagery present but now hidden. Instead, viewers are confronted with the aged and discolored backing of each work, irregularly held in place with patches of tape.

I recently saw my first Ryman pieces in person at the Dallas Art Fair. Dodge Gallery had a piece made of 2 x 4’s, painted and hanging on the wall. There was also a corner piece comprised of stacked 2x4’s painted with soft, shiny colors. Upon closer inspection of the corner piece I noticed hand writing that indicated some sort of possible measurement. I couldn’t tell because Ryman had cut the wood off before the information could be fully retained.  But the markings were just enough to show his hand.

I've got abstraction on my mind. Not that I shy away from unmistakable figuration — and I admit my weakness for the sexiness of fin de siècle Paris (Henri de Toulouse-Lautrec et al) — but lately I've been focusing my attention on process and color, whether or not form is even discernible. I moderated a panel of young abstract artists recently, yet despite my grasp of 'contemporary trends' I still turned my attention to the boldly titled group exhibition Painting Advanced that opened recently at Edward Thorp Gallery in Chelsea.

Tom Thayer and Dave Miko have paired up to create a series of video installations at Eleven Rivington’s exhibition space at 195 Chrystie St (the exhibition was on view through March 17th). Tom Thayer’s animations and assemblages were included in the 2012 Whitney Biennial, they are a kind of dark atmospheric storytelling pulling from the language of puppetry and theatre. Dave Miko’s work is a more straight forward painting process, at times including the use of hand written text with oil on aluminum and recently, installations of wall sized drip and spray paint paintings. Miko was included in the Greater New York show at MoMA PS1 in 2010.

Basquiat’s career encapsulated the kind of intensity and drama that art legends are made of. Within a period of five years he went from being a high school drop-out living on the streets of New York, to an established painter whose work was in high demand. Shortly thereafter, he died of a drug overdose at the age of twenty-seven, ending his short, but prolific career. - Nadiah Fellah, NYC Contributor