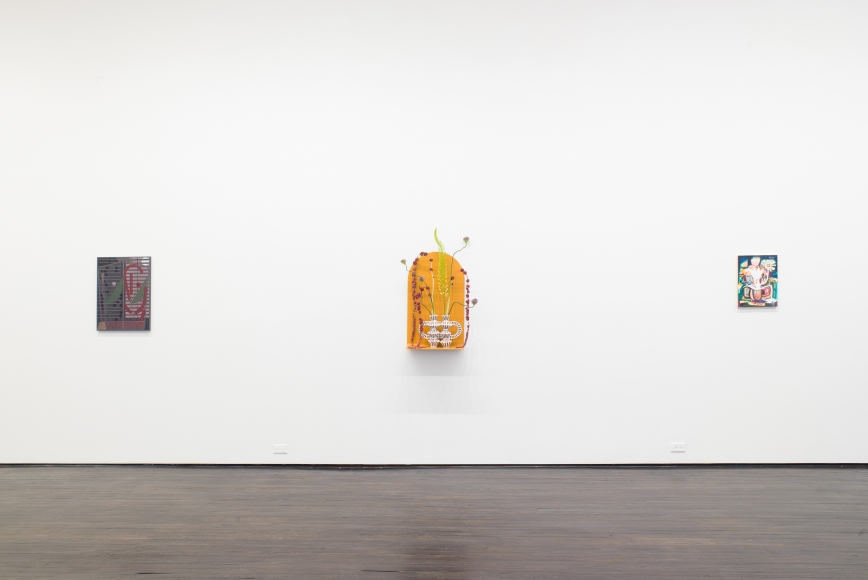 You Had Me At Hello: 150 Contemporary Artworks That Altered My Consciousness - Part 3

I look at a lot of art. Some of it good, some of it bad. Every once in a while, I come across artwork that fundamentally changes me, even if I don’t understand it at the time. A friend of mine recently asked me which works had had the greatest impact on me over the years, so I compiled my thoughts. This is not a greatest hits list and many artists I love are not included in it. These are all works that have been, for whatever reason, seared into my brain. To be honest, there are a number of artists on this list whose overall practice I am not a particular fan of, yet, they got to me at least once. – Steven Zevitas, Publisher

One of the most gratifying aspects of publishing New American Paintings over the years has been watching our alumni go on to accomplish great things. The publication's history is replete with artists who were featured early in their careers that have gone on to become nationally and, in some cases, internationally recognized artists. Among them are individuals such as Iona Rozeal Brown, William Cordova, Amy Cutler, Trenton Doyle Hancock, Matthew Day Jackson, Eddie Martinez, Allison Schulnik and James Siena. At the end of the day, New American Paintings' number one goal is to offer deserving artists a vehicle though which there work can be discovered by an engaged and geographically diverse audience.

Since 2010, New American Paintings has awarded an annual prize to one of the two hundred and forty artists featured in that calendar year's six issues (look for our 2015 poll in the next week). In 2014, the winner of that prize was self-taught artist, Blaise Rosenthal, whose dusky, minimal abstractions draw more from his personal experiences and the American landscape then they do art historical precedent. I ran into Rosenthal's work on my annual visit to the Miami art fairs in early December. As I walked down an aisle of the UNTITLED art fair, there they were in the distance. I recognized them instantly, which, in today's overcrowded and homogenized art world really says something. It may sound trite, but these paintings have genuine presence and are clearly made by an artist who is actively searching...who is digging in the dirt. There is no artifice, or pretense to them.

As it happens, the reason Rosenthal's paintings were on view at UNTITLED is that Oakland based gallery Johannson Projects had recently discovered the work in New American Paintings. By all accounts, the relationship between Johannson and Rosenthal has turned into one that has been mutually beneficial. I had the chance to speak with Rosenthal at UNTITLED, and subsequently reached out to ask him some additional questions about his work and practice. Our conversation can be found below. - Steven Zevitas, Publisher

That's right, there is great art in Kansas City. Let me start by saying that I am no stranger to the region. I grew up in Kansas (leaving off the "City" on purpose, for those sticklers for geography), and since leaving it behind for college 15 years ago, a lot has changed. For example, the suburbs have grown beyond belief, the downtown area is no longer a place you go to get shot, and you can eat excellent food that isn't BBQ. Although I don't know why you would do the latter. But more importantly to you, a reader of this blog and I assume an art lover, KC has a robust and continually growing art scene. I only got a taste during my recent visit, but figured there was more than enough to share.

Thanks to Beautiful/Decay we get a peek into Allison Schulnik's studio. Schulnik is one of our favorites...We were introduced to her when she was featured in New American Paintings #55 back in 2004 (Schulnik was also selected for #79 years later).

Catlin Moore, the Director of the contemporary Mark Moore Gallery and co-Director of 5790projects, is stylish, youthful and a definite force to be reckoned with.  Though she cites her collection as being “in its infancy” (especially compared to her father gallery-owner and namesake Mark Moore), her art and artifice at home make me drool.  An established arts writer and LA gallerist, Catlin has created a respite at home, reflecting a space where contemporary art browses with library-esque bookshelves, curiosity cabinets, and a tangible life of its own.

Stepping out of the ambient bustling of West 20th street into ZieherSmith last week, the outside world and its stimuli immediately evaporated.  Through the gatherings of weary figures and overripe fauna of Allison Schulnik's solo exhibition drifts the melancholy melody of Scott Walker's “It's Raining Today,” the source imperceptible from the entrance.  Dramatically lit with small spots, and thick with the smell of oil paint, Mound (Exhibiting through December 17th), envelopes its viewers in a multi-sensory experience of nostalgia and theatricality.