In addition to these exhibitions, Cassel Oliver also organized major surveys including, Benjamin Patterson: Born in the State of FLUX/us (2010); Donald Moffett: The Extravagant Vein (2011); Jennie C. Jones: Compilation (2015) and most recently, Angel Otero: Everything and Nothing (2016).  A forthcoming survey exhibition on the work of Annabeth Rosen entitled, Fired, Broken, Gathered, Heaped is scheduled to open at the Contemporary Arts Museum Houston, August, 2017.

Cassel Oliver was the 2011 recipient of The David C. Driskell Prize.  She was also the recipient of a Getty Research Institute fellowship (2007) and was selected for the Center for Curatorial Leadership program in 2009.  In 2016, she was named the Carol and Arthur Goldberg Foundation To-Life Visiting Curator at Hunter College in New York and is currently, a Senior Fellow in the Institute for Curatorial Research and Practice at the School of the Art Institute of Chicago. 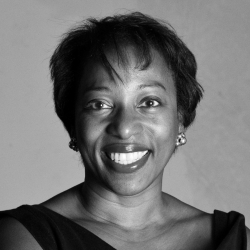