Terrie Sultan (born 28 October 1952) was appointed Director of the Parrish Art Museum in January 2008. She has more than twenty-five years of experience as a museum professional, having served in senior positions at the New Museum of Contemporary Art in New York, the Corcoran Gallery of Art in Washington, DC, and the Blaffer Art Museum at the University of Houston. She has organized more than 40 exhibitions in her career, including Chantal Akerman: Moving through Time and Space, Jessica Stockholder: Kissing the Wall, and Chuck Close Prints: Process and Collaboration. An accomplished author, her publications include Damaged Romanticism: A Mirror of Modern Emotion, published by D Giles Limited (2008); Jean Luc Mylayne, published by Twin Palms Press, Santa Fe (2007); James Surls: the Splendora Years, published by University of Texas Press (2005); and Kerry James Marshall, published by Harry N. Abrams, Inc., New York (2000). Sultan is a member of the International Association of Art Critics; served on the College Art Association’s award committee for Lifetime Achievement for Art Writing; and was a founding board member of Etant donnés, the French-American Endowment for Contemporary Art. In 2003 she was awarded a Chevalier in the Ordre des Arts et des Lettres by the Government of France. Under her direction, the museum has undertaken the construction of a major new campus. 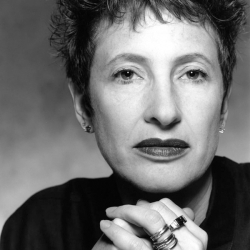