Stephen Bennett Phillips is Fine Arts Program Director at the Board of Governors of the Federal Reserve System in Washington. Prior to joining the Board, Stephen worked in the curatorial department at The Phillips Collection for almost twenty years, most recently as Curator. At The Phillips Collection he organized exhibitions such as: Sean Scully: Wall of Light, which traveled to the Modern Art Museum of Fort Worth, the Cincinnati Art Museum, and the Metropolitan Museum of Art; Aaron Siskind: New Relationships in Photography; August Sander: Photographs of the German Landscape; Margaret Bourke-White: The Photography of Design, 1927 – 1936, which traveled to nine museums; Degas to Matisse: Impressionist and Modern Masterworks from The Detroit Institute of Arts; An Irish Vision: Works by Tony O’Malley, which traveled to the Crawford Gallery of Art in Cork, Ireland; and Twentieth-Century Still-Life Paintings from The Phillips Collection, which traveled to twelve museums in the United States and Japan. In addition, Stephen has lectured throughout the United States and written essays on numerous artists. 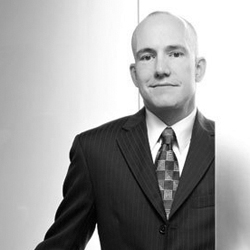