It's hard to talk about the recent history of Boston's art scene without invoking Hopkins's name. Since 1999, when she co-founded the Allston Skirt Gallery (where she remained as co-director until mid-2008), Hopkins has been a major resource for culture vultures, whether writing about art (including a weekly column that ran in the Boston Phoenix for almost a decade) or arranging exhibitions. At the Institute of Contemporary Art, Boston, she's organized some of the most high-profile shows the city has seen in the last few years, from 2009's Shepard Fairey: Supply & Demand, the headline-grabbing first museum survey of the street artist's work, to Gabriel Kuri: Nobody needs to know the price of your Saab, the first solo US museum show for Kuri. With exhibitions like these, she's scored the kind of national press and local buzz that attracts new recruits to the world of contemporary art. 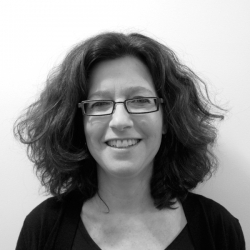