Miranda Lash is Curator of Modern and Contemporary Art at the New Orleans Museum of Art (NOMA). At NOMA Lash manages the twentieth and twenty-first century permanent collection and the Sydney and Walda Besthoff Sculpture Garden, as well as temporary exhibitions of contemporary art. While at NOMA she has organized fifteen exhibitions, some of the more recent examples include Dario Robleto: the Prelives of the Blues; Swoon: Thalassa; and Wayne Gonzales: Light to Dark/ Dark to Light. She is a recipient of an Andy Warhol Curatorial Research Grant for her upcoming retrospective on the conceptual artist Mel Chin. She has been a Japan Foundation Curatorial Exchange fellow, a fellow of the Clark Art Institute, and a recipient of a Curatorial grant from Etant donnés: The French-American Fund for Contemporary Art. Her essays have been published in the Harvard journal, Res: Anthropology and Aesthetics, the anthology Baroque Tendencies in Contemporary Art, and in the exhibition catalog for the U.S. biennial Prospect.2 New Orleans. A native of Los Angeles, Lash received her bachelor’s degree from Harvard University and her master’s degree in art history from Williams College. 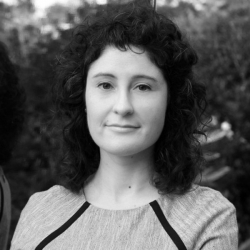