Liz Munsell is Curator of Contemporary Art at the Museum of Fine Arts (MFA), Boston, where she has served in curatorial positions since 2009. Between 2012-17 she was a visiting curator at Harvard University’s David Rockefeller Center for Latin American Studies. A Fulbright Scholar to Chile in 2006, Munsell holds a BA, magna cum laude, from Tufts University in International Letters and Visual Studies, minor in Latin American Studies, and a Masters in Cultural Studies with maximum distinction from the Universidad de Chile. Since 2012 she has worked to establish the MFA as one of the first encyclopedic museums in the U.S. to fully integrate performance art into its exhibitions and permanent collection.

Munsell’s latest exhibitions include Cecilia Vicuña: Disappeared Quipu at Brooklyn Museum and MFA, Boston; Claes Oldenburg: Shelf Life; Lorraine O’Grady: Family Gained; and Candice Breitz: Love Story at MFA, Boston (all 2018). Previous exhibitions include Embodied Absence: Chilean Art of the 1970s Now at the Carpenter Center for the Visual Arts, Harvard University, Cambridge, MA (2016-17) and Museo de la Solidaridad, Santiago, Chile (2015-16), Permission To Be Global / Prácticas globales at CIFO Art Space, Miami, FL (2013-14) and MFA, Boston, MA (2014); and Cuban Virtualities: New Media Art from the Island at Tufts University, MA (2013) and School of the Art Institute of Chicago, IL (2014-5). Her writings have been published in print and online publications such as MoMA’s Post: Notes on Modern and Contemporary Art around the Globe and ArtForum.com. 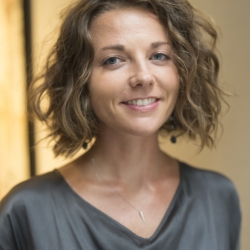