Lisa Phillips has been director of the New Museum of Contemporary Art since 1999. As director, she initiated the design and construction of the New Museum’s first dedicated, freestanding building, located on the Bowery on the Lower East Side, designed by the leading firm, SANAA. She co-curated exhibitions on John Waters, Carroll Dunham and Paul McCarthy at the New Museum. Previously, she worked as a curator at the Whitney Museum for two decades, and was involved with every Whitney Biennial exhibition from 1985-1993, and oversaw the 1997 Biennial. Other exhibitions she curated there include: The American Century: 1950 – 2000; Beat Culture and the New American: 1950 – 1965; Image World: Art and Media Culture; and High Styles: Twentieth – Century American Design. She has presided over surveys of major influential artists such as Richard Prince, Frederick Kiesler, Terry Winters, and Cindy Sherman. Ms. Phillips graduated cum laude from Middlebury College and did doctoral work at the Graduate Center at CUNY. She authored over 20 publications for the Whitney Museum, has contributed essays to other major museum catalogues nationally and internationally, and has written articles for several journals and magazines. She lectures on contemporary art throughout the world, and has served as a visiting critic at Yale University. She has been named and featured as a top New Yorker by New York Magazine and Time Out New York, and was also named as one of the top 100 businesswomen of the year by Crain’s Magazine. 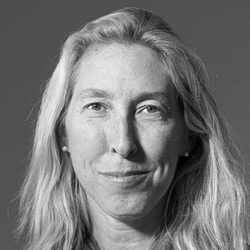