Lisa Dorin graduated from the University of California Santa Cruz with a bachelor’s degree in art history and studio art. She received her master’s degree from Williams College in 2000. She has been associated with the Art Institute of Chicago since 2005, where she was initially hired as the assistant curator of contemporary art. Dorin has extensive experience working with new media and living artists. At the AIC, she curated the acclaimed focus exhibition series that presents emerging artists in solo shows. Recent focus projects have featured artists Monica Bonvicini, Richard Hawkins, Sharon Hayes, and William Pope.L. During her tenure at the AIC, Dorin organized dozens of temporary exhibitions featuring notable artists such as Pierre Huyghe, Alfredo Jaar, Iñigo Manglano-Ovalle, Danh Vo, and Kara Walker. She has written extensively, including editing Film, Video, and New Media at the Art Institute of Chicago, a publication documenting the AIC’s time-based media collection, and Richard Hawkins: Third Mind (Yale University Press, 2010). Her noteworthy essays include “Gulnara Kasmalieva and Muratbek Djumaliev: Changing the World One Video at a Time” (Artes Mundi Prize Ltd, 2010); “Experiencing Iñigo Manglano-Ovalle’s Always After (The Glass House)” (MASS MoCA, 2010); and “From The Silk Road Into the Future” (Nafas Art Magazine, 2007). Dorin is an active public speaker and participant in the artistic community. She has given numerous gallery talks at the AIC and has lectured extensively on contemporary art, new media, technology, and the preservation of film and video art. She has served as a visiting lecturer and critic at the School of the Art Institute of Chicago (SAIC), Columbia College, Chicago, University of Chicago, and University of Illinois Chicago since 2006. She has served on the Art Commission Committee for Chicago’s Bloomingdale Trail, has been a juror for the Dreihaus Individual Artist Award and BOLT, a highly competitive artist residency program, as well as a mentor curator for the Chicago Artists’ Coalition’s HATCH project, an incubator for contemporary artists and curators in Chicago. Prior to working at the AIC, Dorin was an assistant curator at the Williams College Museum of Art. She curated numerous exhibitions, often in collaboration with Williams faculty members. Among these were Liza Johnson: if then maybe (2005), Michel Auder: Chronicles and Other Scenes (2004), and IDOL: A New Work by Michael Oatman (2002). 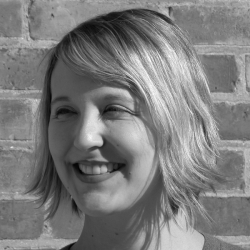