Lisa Dennison joined Sotheby’s in September 2007 after a distinguished 29-year career at the Guggenheim Museum, where she had served as Director since 2005. In her role at Sotheby’s, Ms Dennison focuses on international business development, a role that draws on her considerable strengths as an internationally recognized figure in the fields of Modern & Contemporary Art. Over the years, Ms Dennison has developed outstanding relationships with important collectors, artists and experts worldwide. During her tenure as Director of the Guggenheim, she strengthened the visibility and reputation of the museum while helping it realize its institutional goals as a flagship of its premier global network. She was “one of the Guggenheim’s greatest assets,” noted Thomas Krens, who preceded her as the museum’s Director. Among the 35 shows Ms Dennison organized at the Guggenheim are a 1999 retrospective of the work of Francesco Clemente and a 2005 major installation of Daniel Buren in the museum’s atrium. Her connections to the world’s top collectors and her art-historical expertise make her a vital addition to Sotheby’s international team. Ms Dennison earned a Bachelor of Arts degree in Art History and French from Wellesley College in 1975 and received a Master of Arts degree in Art History from Brown University in 1978. 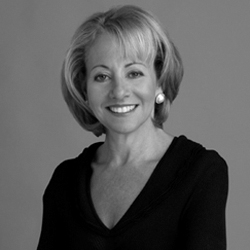