Dr. Lisa Freiman is the inaugural director of Virginia Commonwealth University’s new Institute for Contemporary Art (ICA), which has been designed by world-renowned Steven Holl Architects. Expected to open in 2016, the ICA will feature exhibitions, music, experimental performances, and films by nationally and internationally recognized artists. The ICA will be a non-collecting contemporary art museum designed to accommodate the increasing lack of barriers among different media and practices. Freiman served as senior curator and chair of the contemporary art department at the Indianapolis Museum of Art (IMA) between 2002 and 2013. Freiman is an internationally recognized curator and leader in the contemporary art field. During her 11 years at the IMA, Freiman transformed the experience of contemporary art in Indianapolis. She created a dynamic and widely renowned contemporary art program that has become an influential model for encyclopedic museums as they engage with the art of our time. Actively seeking out the works of emerging and established international artists, Freiman has provided a platform to support artists’ work through major traveling exhibitions, commissions, acquisitions, and publications. In 2011, Freiman served as commissioner of the U.S. Pavilion in the 54th International Art Exhibition, la Biennale di Venezia, presenting six newly commissioned, site-responsive works by Puerto Rico- based artists Allora & Calzadilla, the first collaborative to be presented in the U.S. Pavilion. Under Freiman’s vision and direction, the IMA opened 100 Acres: The Virginia B. Fairbanks Art & Nature Park to international critical acclaim in June 2010. 100 Acres offers a new model for sculpture parks in the 21st century, emphasizing experimentation, place-making, and public engagement with a constantly changing constellation of. 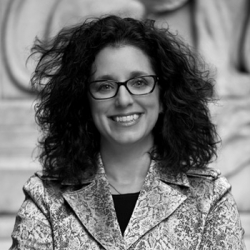