Lawrence R. Rinder is the Director of Berkeley Art Museum and Pacific Film Archive (BAM/PFA), a position to which he was appointed in 2008. Previously, he was the Dean of the College at the California College of the Arts in San Francisco. Rinder also served as the Anne and Joel Ehrenkranz Curator of Contemporary Art at the Whitney Museum of American Art where he organized exhibitions including “The American Effect," "BitStreams," the 2002 Whitney Biennial, and "Tim Hawkinson," which was given the 2005 award for best monographic exhibition in a New York museum by the United States chapter of the International Association of Art Critics. Prior to the Whitney, Rinder was founding director of the CCA Wattis Institute for Contemporary Arts, in San Francisco, and served as Assistant Director and Curator for Twentieth-Century Art at the Berkeley Art Museum and Pacific Film Archive. In 2003, Rinder was inducted into the National Register of Peer Professionals of the U.S. General Services Administration, and in 2005, he was appointed to the San Francisco Arts Commission by Mayor Gavin Newsom. In September 2007, the Judah L. Magnes Museum in Berkeley, California, opened an installation guest curated by Rinder entitled Shahrokh Yadegari: Through Music. This installation served as the latest exhibition in the Museum's REVISIONS series, in which contemporary artists create original installations based on objects in the Museum's extensive collections. Rinder received a B.A. in art from Reed College and an M.A. in art history from Hunter College. He has held teaching positions at UC Berkeley, Columbia University, and Deep Springs College. 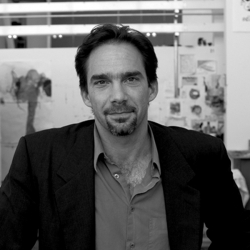