Title: Curator of Painting and Sculpture

Ms. Hoptman was an Assistant Curator in MoMA's Department of Drawings from 1995 until 2001. While in the role she organized notable exhibitions such as Drawing Now: Eight Propositions (2002), a survey of contemporary drawing featuring the work of 26 contemporary artists from around the world; Love Forever: Yayoi Kusama, 1958-68 (1998); and site-specific installations as part of the Museum's ongoing Projects series, including those featuring new work by Rirkrit Tiravanija, Elizabeth Peyton, John Currin, Luc Tuymans, Maurizio Cattelan, John Bock, and Ricci Albenda. In 2001 Hoptman was named Curator and Head of the Department of Contemporary Art at the Carnegie Museum of Art in Pittsburgh, PA. There, she was responsible for exhibitions of contemporary art including the 2004-05 Carnegie International, an exhibition of contemporary art in all mediums from throughout the world. Since 2006, she has served as Senior Curator at the New Museum of Contemporary Art in New York City and now she is the Curator of Painting and Sculpture at MOMA. Ms. Hoptman has held teaching positions in the art history departments at Bryn Mawr College in Pennsylvania and at Kean College in New Jersey, and in the Center for Curatorial Studies at Bard College in New York. She has contributed numerous essays to exhibition catalogues, scholarly journals, and magazines, and has lectured widely. Ms. Hoptman holds a Master's degree from the Institute of Fine Arts, New York University, and a Bachelor's degree in History of Art, with Honors, from Williams College in Williamstown, Mass. 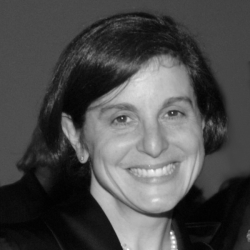