Prior to joining Tate Modern, Jessica Morgan was Chief Curator at the Institute of Contemporary Art, Boston where she organized exhibitions of work by, among others, Carsten Höller, Ellen Gallagher, Olafur Eliasson, Rineke Dijkstra, Marlene Dumas and Cornelia Parker. Prior to that she was an Assistant Curator at the Museum of Contemporary Art, Chicago, where she organized the first US and UK survey of the work of Mona Hatoum. She curated Damian Ortega’s first major exhibition in the USA at ICA Boston (2009), the exhibition, An Unruly History of the Readymade for the Jumex Collection in Mexico (2008), and the first Reykjavik Art Festival in Iceland in 2005. Since joining Tate in 2002, Jessica Morgan has curated numerous group and solo exhibitions including John Baldessari (2009) and The World as a Stage (2007), Martin Kippenberger (2006), Time Zones (2004) and Common Wealth (2003). She also curated The Unilever Commission in 2006 and 2008 working with artists Carsten Höller and Dominique Gonzalez-Foerster respectively. Jessica Morgan has published and lectured extensively on contemporary art and is a regular contributor to art journals including Parkett and Artforum. She holds an MA in Art History from the Courtauld Institute of Art, London and a BA and MA in Art History from Cambridge University. She was a Mellon Fellow at the Yale Centre for British Art, Yale University and a Contemporary Art Curatorial Fellow at The Fogg Art Museum, Harvard University. 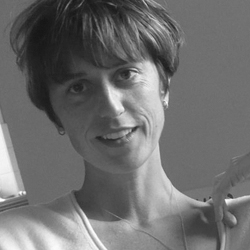