Jennifer Blessing joined the curatorial staff in 2002, after previously working at the museum from 1989–97. She recently co-organized Haunted: Contemporary Photography/Video/Performance, which opened in March 2010 before traveling to the Guggenheim Museum Bilbao. Prior to this project, she curated Catherine Opie: American Photographer, and two exhibitions for the Deutsche Guggenheim, Berlin: True North and Jeff Wall: Exposure. In addition to organizing photo-based exhibitions, she is responsible for developing the museum's photography collection. During her tenure with the museum she has curated the touring exhibitions Family Pictures; Speaking with Hands: Photographs from The Buhl Collection; and Rrose is a Rrose is a Rrose: Gender Performance in Photography. She has contributed to numerous other museum exhibitions and catalogues, including Marina Abramović’s performance series Seven Easy Pieces; Robert Mapplethorpe and the Classical Tradition; Premises: Invested Spaces in Visual Arts, Architecture & Design from France, 1958–1998; The Italian Metamorphosis, 1943–1968; Art of This Century; and Guggenheim Museum Collection: A to Z. Most recently, Blessing co-organized Rineke Dijkstra: A Retrospective, which is currently on view, as well as the Guggenheim’s presentation of the San Francisco Museum of Modern Art’s exhibition Francesca Woodman, which opened in March 2012. She is organizing the forthcoming New York presentation of Carrie Mae Weems: Three Decades of Photography and Video, an exhibition originating at the Frist Center for the Visual Arts in Nashville, which is scheduled to appear at the Solomon R. Guggenheim Museum in 2014. 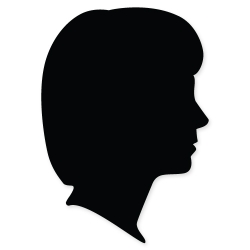