Jenelle Porter is senior curator at the Institute of Contemporary Art, Boston. Prior to joining ICA Boston in January 2011, she was curator at the Institute of Contemporary Art, Philadelphia (2005-2010), and from 1998-2001 she was curator at Artists Space in New York. She was a curatorial fellow at the Walker Art Center (1997-98) and a curatorial assistant at the Whitney Museum of American Art (1994-1997). Porter has written essays for several catalogues and journals, as well as books on artists Charline von Heyl, Trisha Donnelly, Joshua Mosley, Stephen Prina, Matthew Ritchie, and Uri Tzaig. 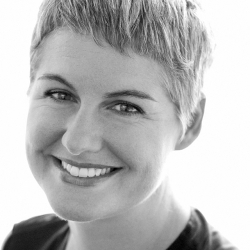