Jeffrey Weiss joined the Guggenheim Museum in 2010 as curator of the Panza Collection. In this capacity he has been co-running a Mellon Foundation curatorial and conservation study project devoted to Minimal and Post-Minimal art. From 2000 to 2007, he was Curator and Head of Modern and Contemporary Art at the National Gallery of Art in Washington, D.C. In 2007–08, he served as Director of the Dia Art Foundation, but left to return to academic and curatorial work. Since that time he has also been Adjunct Professor of Fine Art at the Institute of Fine Arts, a position he currently retains. At the National Gallery, Weiss organized exhibitions concerning the work of Jasper Johns, Pablo Picasso, and Mark Rothko. He also greatly expanded the museum’s holdings in art of the 1960s and 1970s. Widely published in various periodicals on modern and postwar art, Weiss’s writings are regularly featured in Artforum. In 2006, he edited Dan Flavin: New Light, an anthology of essays from Yale University Press. He is currently at work on a complete catalogue of the early object sculptures of Robert Morris (1960–65). He is also preparing an exhibition of the work of On Kawara, which will go on view in early 2015. Weiss holds a PhD from the Institute of Fine Arts, New York. 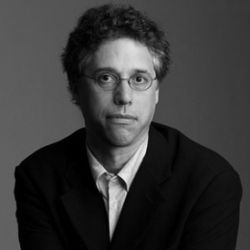