Title: Curator of Painting and Sculpture

Janet Bishop is curator of painting and sculpture at the San Francisco Museum of Modern Art (SFMOMA). In this capacity, Bishop's primary responsibilities include the acquisition, research, presentation, and interpretation of objects in the permanent collection of the Painting and Sculpture Department and the organization of special exhibitions. Bishop was one of the lead curators for The Steins Collect: Matisse, Picasso, and the Parisian Avant-Garde — an award-winning and critically acclaimed historical exhibition that premiered at SFMOMA and traveled to the Grand Palais, Paris, and The Metropolitan Museum of Art, New York (2011-12). Other exhibition projects of special note include 75 Years of Looking Forward: The Anniversary Show (2010-11), a major reinstallation of SFMOMA's collection assembling some 400 works in all media; Robert Bechtle: A Retrospective (2005-6), the first comprehensive exhibition of the California realist's paintings and drawings; and 010101: Art in Technological Times (2001), which brought together the work of 20 international contemporary artists on the occasion of the millennium. Bishop is currently at work on a Matisse/Diebenkorn exhibition, which she is co-organizing with the Baltimore Museum of Art, and the first David Park exhibition to examine the full scope of the artist's output. She is also overseeing the museum's off-site exhibition programming during its expansion construction period from the summer of 2013 through early 2016. Bishop joined SFMOMA as a curatorial assistant in 1988, was promoted to Andrew W. Mellon Assistant Curator of Painting and Sculpture in 1992, and was named Andrew W. Mellon Foundation Associate Curator of Painting and Sculpture in 1997. She was promoted to her current position in 2000. Prior to joining SFMOMA, Bishop worked at the Avery Architectural and Fine Arts Library at Columbia University (1987-88) and at the Herbert F. Johnson Museum of Art at Cornell University (1984-85). She received her BA in art history and psychology from Cornell University in 1985 and her MA in art history from Columbia University in 1988. 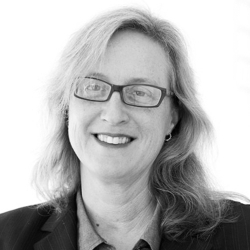