Ingrid Schaffner joined ICA as Senior Curator in 2000. Current projects include a survey exhibition of the work of Jason Rhoades. Her past exhibitions at ICA include Anne Tyng: Inhabiting Geometry (January, 2011); Maira Kalman: Various Illuminations (of a Crazy World) (winter 2010), the first major museum survey of the work of this illustrator, author, and designer; Dirt On Delight: Impulses That Form Clay (winter 2009, with Jenelle Porter), which won the award for “Best Show in a University Gallery” from AICA/USA, the United States section of the International Art Critics Association; Douglas Blau (fall 2009), the first exhibition of the artist’s new work in nearly a decade; The Puppet Show (winter 2008, with Carin Kuoni), a group exhibition that looked at the imagery of puppets in contemporary art; Karen Kilimnik (spring 2007), the first American survey of the work of this Philadelphia artist of international stature; and Accumulated Vision, Barry Le Va, a survey of the post-minimalist artist’s work of the past 40 years (winter 2005). She has written extensively on 20th-century art and curatorial practice with numerous catalogue publications, reviews, and features (in ArtForum, Parkett, Frieze, and Arts). Her publications include “The Artists-as-Curators” in the forthcoming catalogue for the exhibition Marcel Duchamp/Andy Warhol: Twisted Pair at The Andy Warhol Museum; “Wall Labels” in Questions of Practice: What Makes a Great Exhibition? (University of Chicago, 2007); Salvador Dali's Dream of Venus: The Surrealist Funhouse from the 1939 World's Fair (Princeton Architectural Press 2002); Deep Storage: Collecting, Storing, and Archiving in Art (Prestel, 1998); and Julian Levy: Portrait of an Art Gallery (MIT, 1998). She has taught art history seminars at the University of Pennsylvania on Andy Warhol (2008) and Post-minimalism (2005), and was recently consulting curator to a monographic survey of the work of Richard Artschwager, organized by Yale University Art Gallery at the Whitney Museum of American Art.. Schaffner earned a BA from Mount Holyoke College, an MA from New York University, Institute of Fine Arts, and was a fellow in the Whitney Museum of American Art’s Independent Study Program. 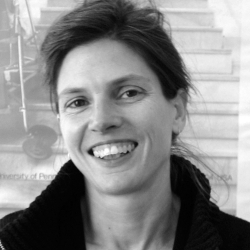