Howard Fox is former Curator of Contemporary Art at the Los Angeles County Museum of Art. During his tenure there he documented developments in the art world of both international and local interest, often with commendably thorough treatment of women artists and their unique contributions. Avant-Garde in the Eighties (1987) was a broadly focused show that included the work of artists such as Laurie Anderson, Cindy Sherman, Sherrie Levine, and Susan Rothenberg. Los Angeles, 1955-1985: Birth of an Art Capital (2006), held at the Centre Pompidou, provided a sweeping, chronological look at the city’s unique identity in the postmodern art world—including the central role its residents played in the advancement of the feminist art movement. 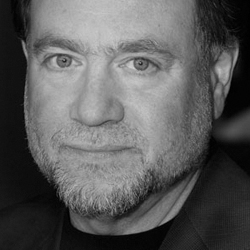