Dunbar has 20 years of experience in curating, programming and arts administration and management to her role at DiverseWorks. In addition to her prior tenure at Arthouse, she has also held positions at the Kemper Museum of Contemporary Art in Kansas City, the Ulrich Museum of Art at Wichita State University, and the Whitney Museum of American Art in New York. Many of her projects have received critical acclaim in national and international publications like Artforum, Frieze, and Art Papers.-Well-known for producing ambitious cross-disciplinary programming, she has worked with a prestigious roster of international artists, including Liz Glynn, Fritz Haeg, Oliver Herring, Graham Hudson, Sheila Pepe, Dario Robleto, Florian Slotawa, and Matt Stokes, among many others 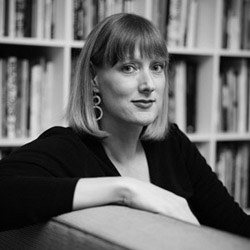