Elisabeth Sussman is Curator and Sondra Gilman Curator of Photography at the Whitney Museum of American Art. Most recently, she co-curated (with Thomas Weski) William Eggleston: Democratic Camera, Photographs and Video, 1961-2008, which was on a four-venue international tour beginning at the Whitney, and is now on view at the Los Angeles County Museum of Art. Sussman’s Gordon Matta-Clark: “You Are the Measure” was awarded the AICA award for best monographic show in New York (2007-08). She has organized many other Whitney exhibitions including Remote Viewing: Invented Worlds in Recent Painting and Drawing (2005); Mike Kelley: Catholic Tastes (1991); Nan Goldin: I’ll Be Your Mirror (1996), with David Armstrong; Keith Haring (1997); and the Museum’s 1993 Biennial Exhibition. Sussman co-curated two exhibitions on the work of Eva Hesse, one of Hesse’s drawings with The Drawing Center, and another of her sculpture with The Jewish Museum, both in New York. For the San Francisco Museum of Modern Art, Sussman co-organized, with Renate Petzinger of the Museum Wiesbaden, a full retrospective on the work of Eva Hesse; the exhibition received AICA’s First Prize for the best monographic exhibition outside of New York in 2001 and 2002. For SFMOMA, Sussman also organized, with Sandra Phillips, a retrospective of the work of Diane Arbus, Diane Arbus: Revelation. The catalogue for the Arbus exhibition received the 2004 Infinity Award for Publication of the International Center of Photography. Sussman was a Fellow of the Rockefeller Foundation at the Rockefeller Study and Conference Center in Bellagio, Italy, in 1999, and a fellow at the Getty Research Institute in 2003. She is the author of many publications, including Lisette Model (Phaidon, 2001) and has contributed essays on Robert Gober for the Schaulager and on Lee Bontecou. From 2005 until recently, Jay Sanders was a Gallery Director at Greene Naftali in New York, where he organized major monographic exhibitions of the artist/filmmakers Tony Conrad and Paul Sharits, along with shows by Allen Ruppersberg, Guy de Cointet, and others. Curated group exhibitions at the gallery include Payday, Epileptic Seizure Comparison, and Motore Immobile. In addition to organizing innumerable exhibitions, concerts, and readings over the past decade, Sanders’s recent projects as a curator include organizing a ten-day continuous screening installation, ITWAN, as part of the exhibition Film Programme at IPS International Project Space, Birmingham (UK), presented in November 2010. In 2008 he curated Looking Back: The Third White Columns Annual at White Columns, New York. In 2007 he organized an artist film and video program/installation, conceived and co-curated with Paul Chan, entitled Change our fates, hobble the plague, start with time, at the Lyon Biennale. Sanders has programmed performance, music, and film exhibitions at such venues as the former Whitney branch at Altria, Issue Project Room, Anthology Film Archives, Sculpture Center, EAI, The Stone, Tonic, and for Performa. He is a member of the collaborative performance group Grand Openings, and has staged large-scale events at Anthology Film Archives for Performa 05 (New York), the Echigo-Tsumari Art Triennial (Japan), MUMOK (Vienna), and the Bumbershoot Festival (Seattle). He has produced and edited a DVD on the work of theater artist Richard Foreman, published a book of Jack Smith’s drawings, and co-edited, with poet Charles Bernstein, the seminal catalogue Poetry Plastique to accompany their 2001 exhibition by the same name at Marianne Boesky Gallery, where Sanders was a Gallery Director from 2000 to 2005. Sanders has written extensively for Artforum, Parkett, Texte zur Kunst, BOMB, and other publications. 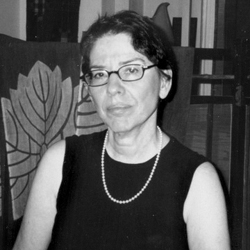