Charlotta Kotik, a native of Prague, first came to the United States in 1970 to work at the Albright-Knox Art Gallery in Buffalo, New York, where she remained until 1983. That year she moved to Brooklyn, New York, to assume a position in the Prints and Drawing Department of the Brooklyn Museum of Art. When the Department of Contemporary Art was established in 1985, she became its chairman. In the Brooklyn Museum, where she worked until 2007, she established one of her major contributions to the practice of curating— series of Grand Lobby Projects—in order to provide exhibition opportunities for extensive installation-based works by artists such as Martin Puryear, Joseph Kosuth, Alison Saar, Ida Applebroog and many others. In the 1980s she also initiated the Working in Brooklyn series to document the energy of the nascent Brooklyn art scene. In 1993, as the United States commissioner for Venice Biennale, she presented works by Louise Bourgeois in an exhibition that later traveled internationally. During the course of her career, Ms. Kotik has organized over 100 museum exhibitions, presenting the work by contemporary artists such as Mariko Mori, Kerry James Marshall, John Cage, Jenny Holzer, and Robert Longo. Ms. Kotik is a member of a number national and international art organizations and is a co-chair of the Jindrich Chalupecky Award, an important recognition of young visual artists in Czech Republic. This project became a model for the acknowledgement of the artistic excellence in 10 other Post-Communist countries. Presently, Charlotta Kotik works as a writer and independent curator and facilitates various projects for galleries, alternative spaces and museums alike. 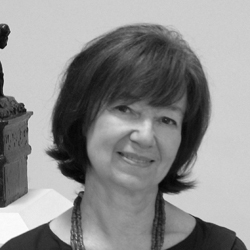