My practice is centered on carrying out the Mormon mission I was never allowed to undertake due to a failed church-led “sexualreorientation” therapy in my youth. Engaging with intimacy, radical empathy, cosmic retribution, and the elevation of psychic baseness, I am, as Vaginal Davis describes me, a “dainty Satanist.” Harnessing the power of shame, my work delineates a space both sacred and profane, creating a sacrilege that feeds agency. The problems raised by religion, that ancient technology of the self, have served as creative provocation. I regard religion through psychoanalytic and ethical lenses—a set of practices that provides ways of relating oneself to oneself and thereby of relating that self to the world. It is impossible to speak of the Abrahamic religions without speaking of shame, and so my work does both, just as addressing the holy is itself always an act of blasphemy. I regard my studio as “The Pervert Kitchen,” taking permission and pleasure in a practice that reclaims sites previously associated with a sense of violation or misuse as new forms of veneration. 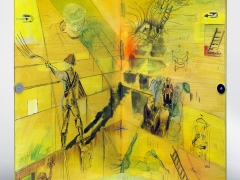 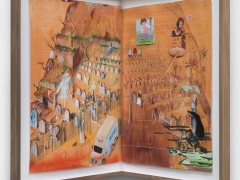 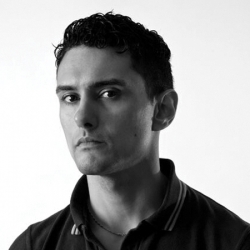