A native of Detroit, Stephanie Buer has an intimate appreciation of urban desolation and a love for the once-prosperous buildings that have been abandoned to time and the elements. Her works in both oil and charcoal capture with photolike detail the layers of gritty history that accumulate as these places succumb to the manipulation of vandals, artists, and the persistence of nature. In the juxtaposition between decay and growth, Stephanie finds a place that echoes the peace she finds in nature, with its endless cycles of change. Part of the power in Stephanie’s work comes from the absence of human figures in a place clearly marked by them. Rather than allowing distant observation to become the narrative, she draws viewers in to witness the space that people have left behind, compelling them to personally experience these modern relics that have been condemned by society. The simultaneously idyllic and derelict scenes challenge viewers to question their notions of beauty, while the detailed texture and depth that is characteristic of Stephanie’s work invites them to explore these places personally, as she does. 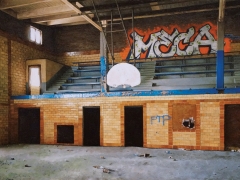 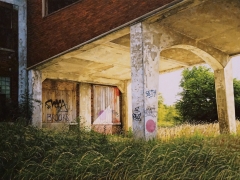 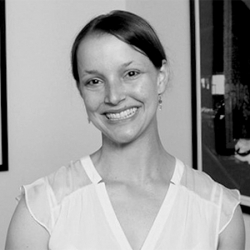