Brazzeal’s practice focuses on drawing and painting. She primarily renders the human body, often as asexual, ambiguous forms. Her groups of figures suggest personal narratives and exude a surreal, and sometimes sexual, energy, blurring the lines of social code. She often depicts the same subjects, such as doctors, in multiple works across various media. There is no given theme or motif except the insistent, incessant treatment of the figure, and groups of figures, and indeterminate manifestations of power between them. Often depicted in closed rooms or close quarters, the figures in Brazzeal’s work abandon any pretense to civility and decorum. 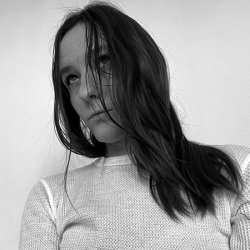