In a world where a six-hour plane flight can transplant a person into a seemingly alien world, cultural identity is retained through rituals surrounding clothing, language, and food. Having relocated from my native Venezuela to the United States as a teenager, I became aware of the layers of ‘skin’ that define and separate cultures—one’s own skin, the second skin of clothing, the shell of one’s dwelling place—all these protecting the vital space of one’s hidden identity. As an interdisciplinary artist, my drawings, site-specific installations, and performances map the tension between retaining one’s identity and assimilating a foreign persona. In my recent series, Cartograms of Memory, I focus on the experience of migration, displacement, and the finding of a new sense of place. Using thread and the language of mapping, I draw abstract and imaginary cartograms that combine maps of places I have lived in or have traveled through. I extract, dissect, and recombine the information into fictional maps that become personal maps—maps of memory. 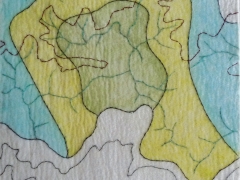 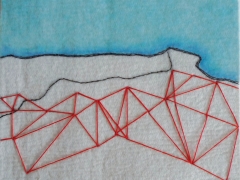 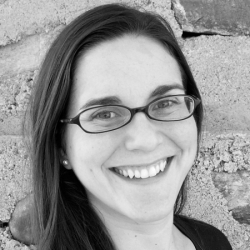