My work examines the institutional as an abstract, bureaucratic entity. The objects incorporated, whether photographic or sculptural, are typically found within an institutional setting: an ordinary office plant, cream-colored carpeting, a standard beige box fan, or an avocado-green telephone. The sole purpose of their existence is to organize human activity, to maximize efficiency, and to aid in the imposition of a rule-based hierarchical system of rational control. What happens though, if said objects refuse to conform to their standard mode of operation? Activated through material interventions, the objects display a rebelliousness that could potentially pose a threat to the institutional order: a carpet covering a gallery wall with an anarchy symbol shaved into its fibers; a large-format photograph of a small box fan filled with concrete; and an HVAC that emits a muffled version of Roxette’s “Dangerous.” Instead of promoting an efficient work-flow, the objects break down and fail to fulfill their purpose. Yet it is exactly their failure that holds their potential to subvert the structures they are supposed to perpetuate from within. 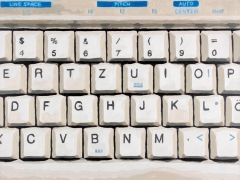 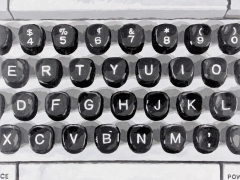 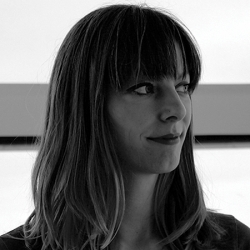