In the wake of the 9/11 attacks, discussions of the Middle East are pervasive in our daily news media. Commentators condemn Islamic terrorists without much knowledge of their religion. Because of this, I began to take notice of the growing American preoccupation with Islam. In the project titled American Qur’an, I am producing an illuminated version of the Qur’an in contemporary English. I handwrite and paint every page, resulting in original works on paper that illustrate the 114 chapters of the Qur’an. Each chapter heading is based on traditional manuscripts, and the pages are illuminated with full-color paintings, drawn from traditional Persian miniature styles and illustrating scenes of contemporary American life: Americans working, socializing, celebrating, fighting, and engaged in daily activities. The text is written in black ink, as in traditional versions of the Qur’an, but with a calligraphic style based on contemporary stylized graffiti. 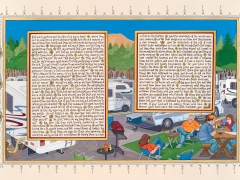 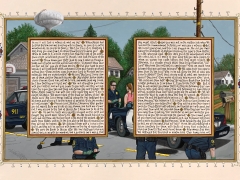 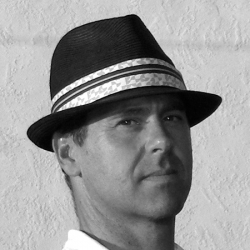