Animal and natural symbology has been present in cultural history since we learned to depict; its meaning and significance ebbs and flows. In 20,000 B.C.E., situated among the Drakensberg Mountains of present-day South Africa, a group of huntergatherers named the San painted symbolic representations of men transforming into snakes. These images were painted as the San were being driven out of their ancestral land by political forces and unified adversaries. Last February, Donald Trump co-opted a mid-century folk song—“The Snake”—to illustrate the perceived risk of granting political asylum to thousands of Syrian refugees. “The Snake” was in turn a lyrical retelling of a fable by Aesop that was chanted by Grecian slaves in 600 B.C.E. as a standard for political freedom and autonomy. In these paintings, I aim to subvert and shift the power, meaning, and context of charged symbols, most specifically that of the snake. My work is built on the transference of meaning over geographic distance, and humanity’s aggressive and subconscious use of the animal as political symbol, all framed within the problematic language of painting and art hissstory. 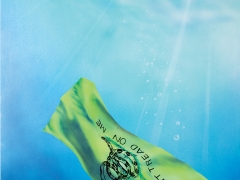 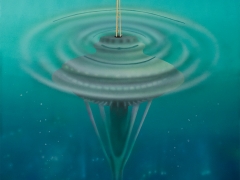 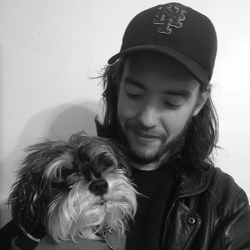