My paintings favor the physical over the visual. Labor serves as a thematic narrative. The painting and repainting of a specific architectural feature, by an unknown tradesperson, repeated over a period of many years, often results in an unintentional painterly incident...the consequence of painting expressed more as a simple desire to cover or protect. When I was a child, my grandfather proudly showed me how he had repainted his stairwell wainscoting in two fields of gray and white, and separated them with a stripe of red. But what I remember most is the faint line of pencil he had drawn to act as a guide. While on the NYC subway, I watched a woman use makeup to conceal her eyebrows, only to redraw them with a pencil. On the second-floor landing of the former Castelli Gallery in SoHo, where the exhibiting artist’s name would be applied to the wall, an oval mound of flat white paint had accumulated after twenty plus years of shows, only to be sanded, painted, and lettered once again. 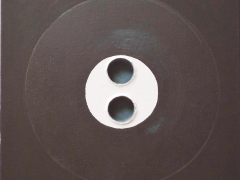 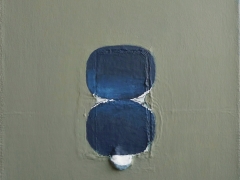 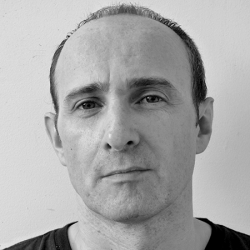