As boys, my little brother and I would build model cars from plastic kits. Each of us got to select a different car. Without thinking, we would open up the packages and excitedly scatter the parts on a table. Invariably, the parts from his car would become mixed with the parts from my car. Rather than separate them out again, he and I would combine the parts to build “cubist” hybrids. Not surprising, the cars looked nothing like the examples on the outside of the boxes. This is the approach I take to making paintings, drawings, and works on paper. I disassemble pictures and recombine them to form different images. The subject matter for the artworks is the compromised/fabricated image, which reflects the process used to create them. In this respect, the content exists within the form. Just as a drip or a splat of paint describes the gesture that created it, my artworks reveal the distortions inherent in the process of manipulating the image. 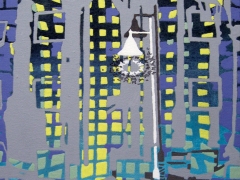 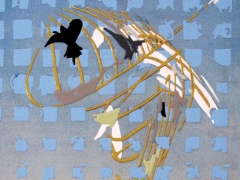 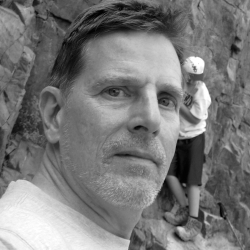