Since 2005 I have been reworking a kidney-shaped form derived from a horse’s tail. At times, influenced by the concept of a Klein bottle, I double the tail/kidney to produce a surface with no identifiable “inner” and “outer” sides, impossible to orient. This allows me to explore the spatial relationships, both metaphorical and formal, between empty and full spaces. In my recent paintings, I double and triple and quadruple the tail/kidney shapes; now resembling looping flower petal forms, I use them as building blocks to construct a sort of portrait. The bulbous loops are accentuated by minute, repetitive, often concentric actions within the large masses. 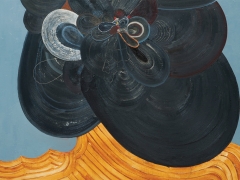 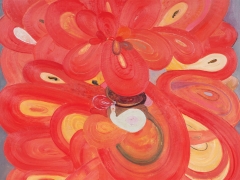 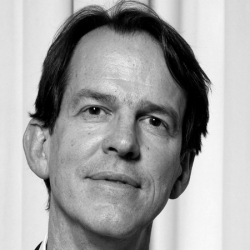