This series of figurative paintings is intended to remain ambiguous, perhaps even enigmatic. The bodies are removed from any logical contexts; they exist in indeterminate and sometimes impossible states, their true identity is often concealed. I am interested in large themes such as birth, death, and regeneration, as well as spirituality, sensuality, and violence. The underlying themes of identity and gender are also inescapable. It is significant that the figures are alone in infinite spaces. The empty white grounds suggest optimistic possibility, while simultaneously remaining unsettling voids. Ultimately, emotions are expressed through posture and distortion; reason through formal decision making. I draw from a variety of sources, from Baroque figure paintings to Abstract Expressionism, as well as contemporary print media imagery. 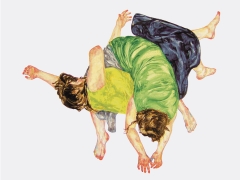 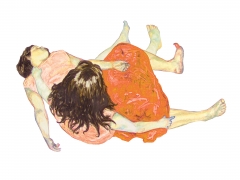 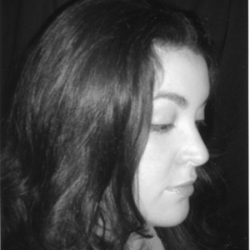