My work is an exploration of painting’s ability to build forms, characters, and narratives that loop and grow in a non-linear way. These narratives often exist between the apocalyptic and the magical and frequently locate themselves in the quiet immediately before or after something has happened. I am interested in forms and entities that have an immediate visual power, physicality, and a sense of urgency that grows from a place just out of sight. Visual phenomena I experience in transitional periods, between sleep and consciousness or in a meditative state, are often used as sources. These liminal spaces and the forms they generate have an energy that feels familiar and strange, like echoes from a parallel reality. Marks and time build and accumulate in the work, which favors a physicality and directness of engagement. Patterns, forms, and structures mutate and grow, taking on new identities and interacting with each other. The work is additive in nature and leans toward complexity and a hyper-stimulated visual experience. 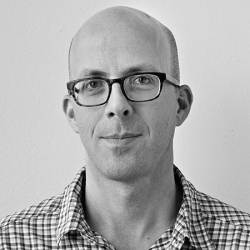