When discussing Graham Chapman’s funeral, John Cleese talked about humor and seriousness, and argued that the two are not mutually exclusive. Seriousness, he said, is often confused with solemnity, which should be reserved for only the most dire situations, if for nothing at all. Humor is a tool that allows people to cope serious matters. Regardless of his current controversy, I still believe in Cleese’s sentiment. I recently came to the conclusion that over the last few years I had lost the sense of who I am. Rather than having strong opinions about anything, I became an empty vessel and allowed facts and opinions to flow freely into me from every direction. I was a clogged filter in the spiritual garbage heap that was school, social media, art openings, customer service, and manual labor. During that time, humor and small meaningful interactions with people kept me moving forward instead of drowning in psychic refuse. It is during this time that this body of work was made. 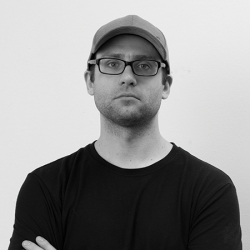