He is currently working on a series of paintings Paper Money. It is the reminiscence of the culture that he was born. In the first stage of the development, he extracts the abstract qualities of the depicted objects; reveals the primitive essence of the subject. The experiment presents the representational images with an abstract prospect. In these paintings, the object that he depicted is paper money, which is made to communicate with gods or underworld spirits in traditional Taiwanese culture. In the early period of the series, the paper money has been singled out from its ritual setting. It stands out as what its original being is, including the colors, the texture, the shape, the volume, the pattern on the surface, the interaction with the light and the position in the space, not the functional purpose it bears. It implies that although we humans serve various functions in the society, we should not forget to appreciate the true essence within ourselves. In the next step of the development, he would like to compare the symbolic values of the object in different time and space. 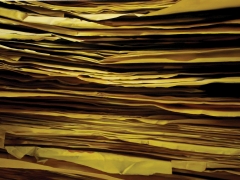 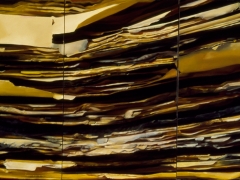 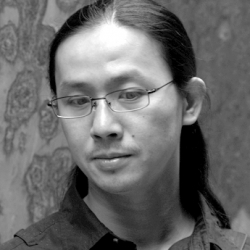