Imagined portraits, landscapes, and animals become proxies for human emotions. Nikki Maloof’s subjects convey existential loneliness that is buoyed by humor, capricious paint handling, and the use of a saturated palette. A squiggle in a cloud, a drooping, cartoonish flower, or a comically disillusioned tiger draw the viewer’s attention to the melancholic tone of the imagery while simultaneously undermining it. This self-defeating melodrama points to an ambivalent view of the world, to a need to laugh and cry at once. Maloof looks to nature when starting these semi-narrative paintings, but upsets familiarity and dodges cliché by treating areas of the canvas disparately and allowing competing textures to exist side by side. The paintings begin simply, often catalyzed by a basic formal painting idea that can manifest in a specific person, animal, color, or brushstroke. Each painting is usually executed in a single sitting with as much intensity as possible in order to preserve the energy of making. Brushstrokes record impulsive decisions, acting as evidence of an ineffectual yet poignant attempt to assert one’s place in the world. 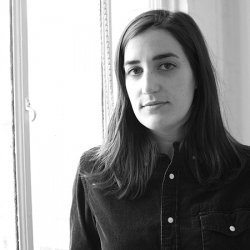