All great things should be a complicated, mercurial stew of bitter sweetness. Along with the simulation, the work should be grounded with an equal portion of concrete reality. Real camouflage, in all of its ersatz weirdness, paired with stylized but lovingly recreated replicas. What is and what could be are wed in a perfect union of contradiction. Collage has the ability to immediately announce its means of construction, slyly positioning its greatest physical flaw, the blemished surface, as its most profound metaphoric virtue. As an artist I want craft to function as a sly wink, nudge, or theatrical aside that knowingly embraces the viewer and slowly pulls them into the morass of subjects I’m less adept at discussing verbally. Hedgerows, border fences, and the untold myriad of boundaries erected to delineate territory and identity—recently there has been no greater creative fuel for me than the thought of the pivotal point where the parapet of a protective wall becomes the insurmountable boundary of a self-imposed prison. Only the insecure need walls and symbols of protection. 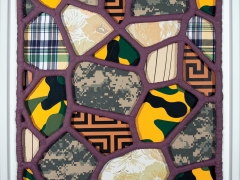 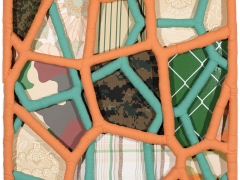 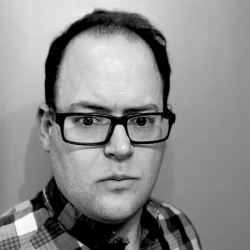