The notion of liminality can be used to describe a uniquely queer experience. Transition simultaneously participates in and departs from the ritual of gender adherence. If stasis reflects the norm, movement necessarily acts as disruptor. Re-entry into the social order on the opposite side of the binary could well go unrecognized, with or without intent, as actively initiated change. Equally legitimate is the possibility of comfortably occupying a space between states. My work transmits from that place in between. It’s at home in ambiguity. By queering viewer proximity to whos, whats, whys, and hows, the work urges self-implication in those questions, ultimately conveying consciousness of an individual, queer-lived experience. There is nuance in trans* identity. There is complexity and fluidity. There is a whole person. 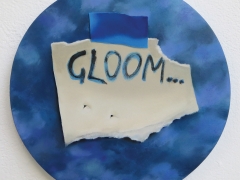 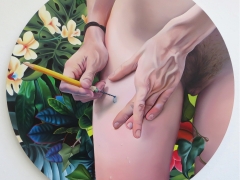 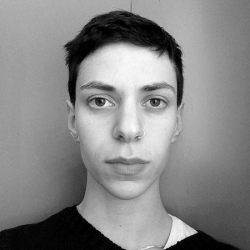