The shorthand gestures in my recent paintings are repeated over and over, filling in space, filling time. The phrase “giving way” comes to mind. To give way is to collapse, to make a space for, to open up. Yet to collapse is not always destructive; things collapse into one another to create a new, previously unknown thing. I think about writing giving way to gesture, gestures giving way to space, spaces giving way to other yet-to-be-known forms. Dead air around a letterform, supporting yet also defining. Words function as an abstract. Letters merge and collapse into new words, new forms. Returning to the symbolic, these new forms build up into structures. Language in this way both loosens and loses meaning. Words urge a sound, which is itself an abstract effort. These sounds are slowed and stuttered as they move toward the unknown in an effort to un-know. 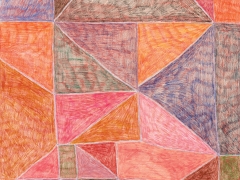 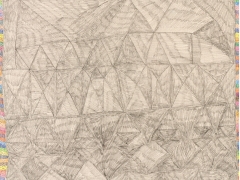 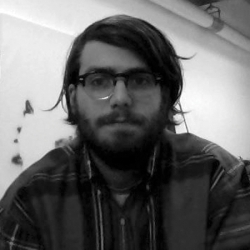