I am interested in finding empathy and complexity in situations that are polarizing and often oversimplified. By framing the military within a larger, multifaceted cultural context—one of complicated family webs and communities, structural pedagogy, systematized aesthetics, and the tenuous space between control and protection—I look to add a more nuanced approach to a necessarily critical but discordant conversation. Recently, I rediscovered letters my father wrote me while serving in Iraq during Operation Desert Storm. In rereading them, I was struck by my father’s reassuring words as he was surrounded by uncertainty and conflict. Over twenty-five years later, the letters import an even deeper significance personally, historically, and politically. Recreating these letters in watercolor, as accurately as possible, is significant to me. I act as a scribe, tracing the hand of my father, whose words are giving my teenage self fatherly advice, communicating his beliefs and doubts and recounting his experience of a war that continues to impact our lives. 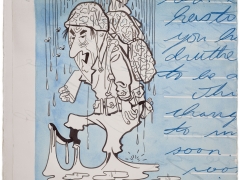 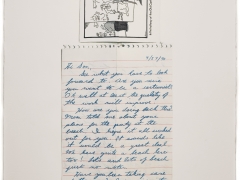 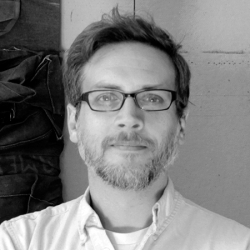