These paintings are part of the larger installation Views from After the Horizon, which explores the paradoxes that arise from imagining the world without a human observer. However, while the images may refer to an end of man, I do not think of them as post-apocalyptic, and they do not include any evidence or residue of violence. They also have none of the references to a specific place or time that are prerequisite for an apocalyptic event horizon. Rather, the horizon I deal with is the illusory and imagined line between the observer and the perceived. Through the idea of “framing” the world, the landscapes in these paintings constantly reference the observer while, at the same time, omit the human figure. And while the subject may be gone, his constructs remain, leaving a world littered with broken models of perception, empty frames, and forgotten systems of meaning. 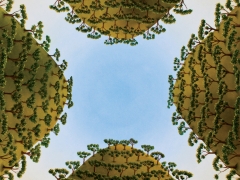 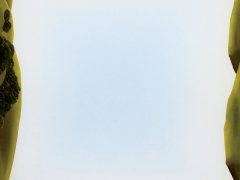 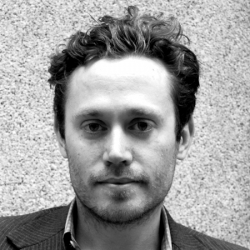