These paintings are from a series titled Earthworks and are inspired by the land art movement of the mid-twentieth century, and the landscapes of the Hudson River School. Two elements of the American identity are the land itself, and the perception that the land was unpopulated, free from history, and therefore a blank canvas on which a person could express their ideas. It seems to me that there is a connection between the earthworks of Robert Smithson, James Turrell, and Michael Heizer, and the grand nineteenth century landscapes of Frederic Church, and other Hudson River school painters. While philosophically quite distinct, the Hudson River school tends toward reading the landscape as a way to understand the divine, while the modern group looks for transcendence through a meditative process that is primarily about the present. Both invoke a vast scale, and attempt to provide a context to understand nature, not by taming it, but by giving it a frame. The effect is similar, the viewer feels less significant, aware of the transitory nature of life, but with an increased consciousness of the place they inhabit. 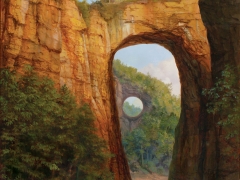 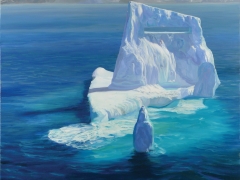 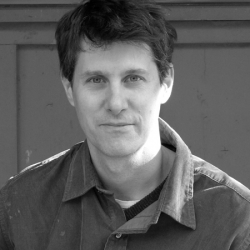