I work with a wide range of visual sources, taking cues from Western landscape painting, Indian miniatures, kitsch, sci-fi book covers, graffiti, cartoons, and things I observe throughout the day. I try to take something surface-oriented and add depth and ambiguity, to bring together worlds and styles that aren t supposed to meet and make them coexist in a way that is sincere and nuanced. What I most enjoyed in the cartoons I watched as a child was the play with convention and expectation. The coyote paints a tunnel on the side of a cliff so the roadrunner will run into the rock, and instead the roadrunner goes straight through a suddenly real tunnel. When the coyote runs after his prey, he smacks into the cliff. I try to set up a similar relationship to reality in my paintings to simultaneously draw someone into a believable space, and show up the façade. 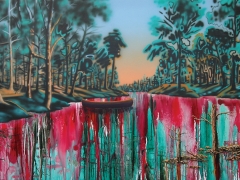 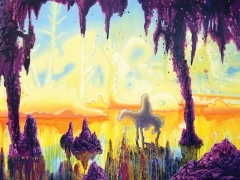 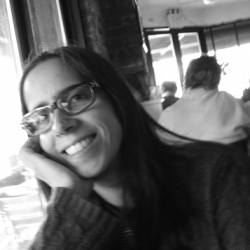