During a time of family loss, I made small-scale drawings and paintings of fragmented figures. Each part of the figure—the foot, for example—became a character for me. The characters, or rather I the painter, desired to recreate a state of wholeness. The more I tried to piece them back, the more impossible the task became. Eventually a narrative developed and my characters migrated into the landscapes I grew up in. I often think of the ghost as a metaphor for wandering and memory, the symbol of someone who lives between two worlds, never fully at home in either. I consider my painted subjects in the same way. They live in a world at once composed and prone to fragmentation. Sometimes they are partially under other forms, half-buried, half-revived. The paintings are premised on conflicting ideas of space, a series of circumstances, and a border. The characters are riddled with the absurd and poignant conditions determined by histories of geography, migration, sacrifice, and survival. 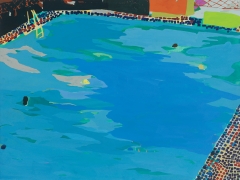 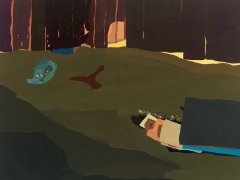 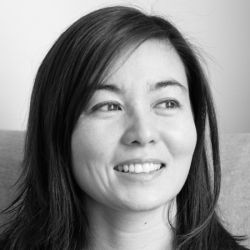