Inspired by systems that contain examples of simultaneous order and chaos, my mixed media, wall-based installations reference biology, natural disasters, and computer imagery. Imagined interactions between disparate systems, and the unpredictable outcomes of such encounters, provide a point-of-departure for works that divulge equal parts fact and fiction. The systems that appear in my work are hybrids, borrowing freely from a wide range of existing patterns and departing from them at will. Saccharine colors and intense repetition seduce the viewer, subscribing to an underlying logic that allows playfulness to lead to sinister conclusions. Beauty and whimsy are catalysts for events that are increasingly aggressive. The initial logic of inventive and seemingly coherent systems is called into question by their untimely demise as they explode, disintegrate, and morph into new forms. In this manner, I comment on both the inherent failures and possibilities that result as we struggle with a world that is increasingly complex and multi-layered. 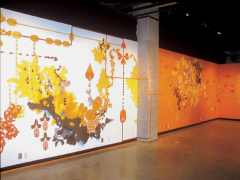 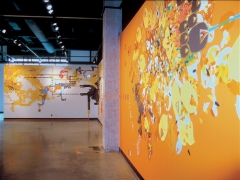 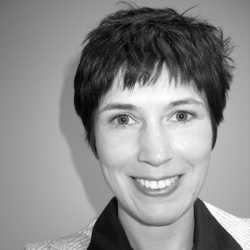