For me, the world exists as both a tangible and an intangible-that is to say, real-construct. The latter consists of preconscious and subconscious phenomena: the invisible things that motivate us and to which we respond often without knowing what we are doing or why. Mythology, magic and art take shape as manifestations of this world. Hence my paintings may be understood as an exploration of the Real and its relation to the tangible. In the space between the tangible and the Real, where these registers of meaning intersect, gravity is not a rule, human and nonhuman animals occupy the same locations and/or bodies, the tyranny of logic is overthrown, and fairytales reveal truths. My paintings develop not as narratives but rather as stills from an event that is about to happen or has just taken place in an order of experience parallel to-even immanent within-but nonetheless distinct from our mundane experience. They offer access to a surreal landscape wherein familiar characters appear and operate in unexpected and inscrutable ways. The resulting work aims to provide the substance of things both feared and hoped for, the evidence of things unseen. 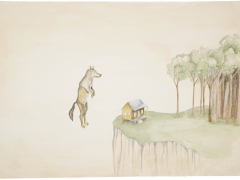 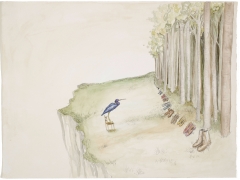 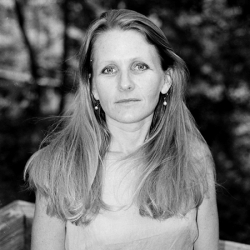