My work turns the structures of video gaming into a lens for analyzing the world. “Levels,” “bosses,” “items,” are words that dominate virtual entertainment. These labeling systems delineate and provide hierarchies reminiscent of both ancient mythologies and corporate structures, while highlighting the arbitrariness of their boundaries and naming. The work was initially an effort to gain image freedom in painting, using the notion from video games of “worlds without justification” (Nick Kelman, VideoGame Art, 2006, 143), where I could make random images, reconciling abstraction and representation to create a progression of image concerns that by default would map a world. With time, the work has escaped medium-specificity, verging on sculpture, performance, and virtual reality/videogame design itself, bound by image and narrative though expressed at a different speed. Mediums become the interpreters of an arbitrary mythology that finds purpose and then disintegrates it, only to gain it again, ideally through the viewer’s identification as protagonist, the most powerful quality of video-gaming and virtual reality. 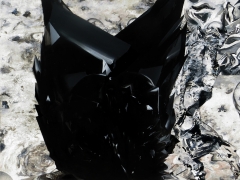 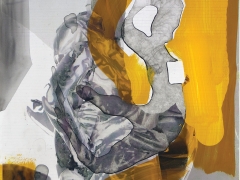 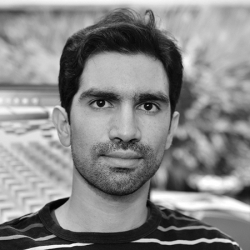